So you want to build this yourself? And when you do, how do you use it? Here's some hints; this is a long way from the "Heathkit" experience, but ultimately, not that complex.

I was slightly premature in declaring done before. Here's another version of the newRPL keypad overlay with a few minor tweaks in the button spacing. 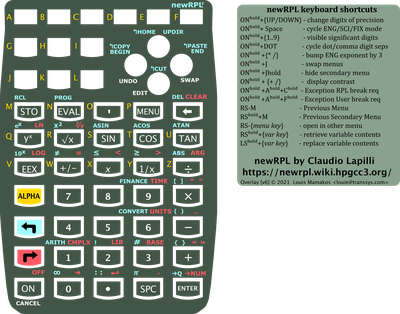 The newRPL keypad overlay is done! (Well, done enough, at least for now!)

Just a few tweaks on the design: - Rounded the bottom of the openings for the keys on the keypad - Tweaked the position of a few keys for (maybe) better alignment. - Rounded some of the corners of the overlay background. 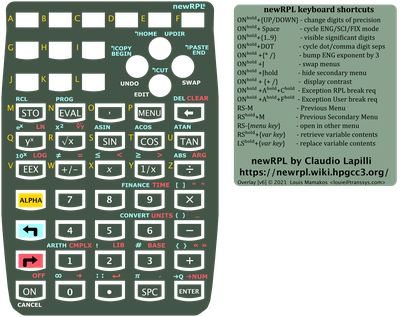 Just an update on the newRPL keypad overlay.

Many mistakes have been made, much has been learned, there has been more progress than retreat. I feel as if I'm getting closer to the end of this process, rather than just further from the beginning of it.

I've incorporated some suggestions in the thread in the overlay. I've also added another label intended to be stuck on the back of the calculator, sized to fit in the shallow recess that has the serial number sticker. This mostly contains the various ON-hold key combinations that may not be used as frequently, but are helpful.

I recently discovered newRPL, and before I knew it, I find that I own an HP 39gs, HP 40gs and (most recently) an HP 50g with newRPL installed! I can't explain how this happened, but I'm sure many of you understand how such a thing could happen.

After using newRPL with a handy printed mock-up of the keyboard nearby, I decided to design a keyboard overlay with updated legends to match how newRPL works. I used OpenSCAD to produce an outline with all of the keyboard holes in the right places (or at least pretty close!) I then imported that as a layer in Inkscape to add legends around each key for the left- and right-shifted functions as well as alpha characters. The key tops also have correct labels, too. 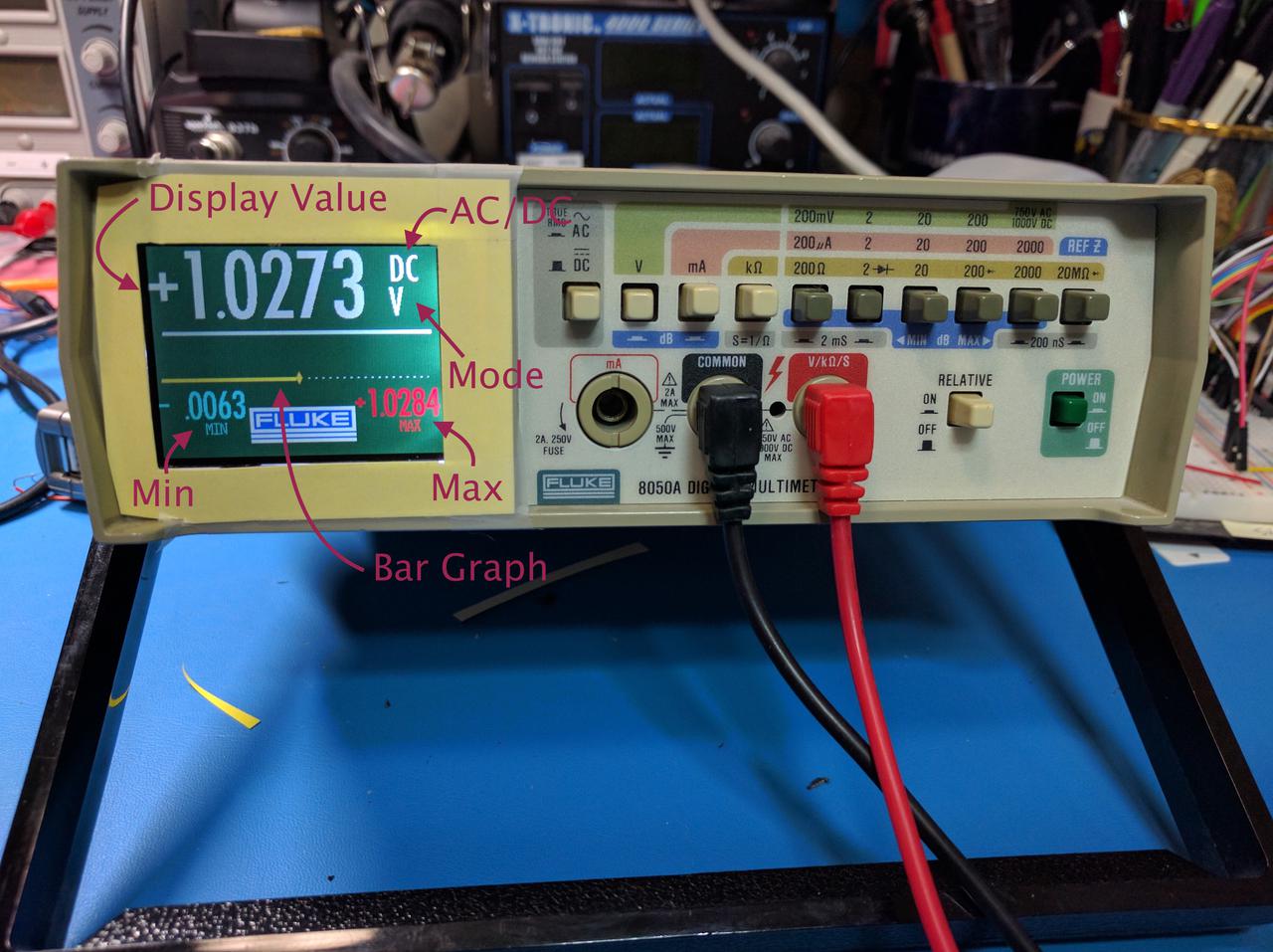 This is a summary of the signals on the 40-pin 3870 "F8" CPU chip in the Fluke 8050A multimeter. It's intended primarily as a reference while wiring up the interconnects from this CPU to the STM32F103 microcontroller.

Various software and resources have been incorporated into this project. Here's a list, hopefully complete. If you notice something missing, please let me know so that I might properly credit the work and update this list.

Mecrisp Forth is a core component of this project. It is the low-level software that animates the hardware, and a fast and elegant Forth interpreter/compiler that targets ARM Cortex-M3 based CPUs, such as is used in this project.

Here are some photos of typical meter displays on the modified Fluke 8050A multimeter with the graphical LCD replacement. Note that the basic functionality of the meter is not changed; it doesn't measure any more frequently, nor with any additional resolution or accuracy.

The fancy new display simply captures and manipulates whatever the Fluke 8050A was sending to it's 7-segment LCD display (and various annunciators). The new display also monitors the state of the various switches on the Fluke 8050A to discover the mode and scale the meter has been switched to, and uses that information to annotate the graphical display.

You'll need to install minimally a Mecrisp Forth software image. There is a modified binary image supplied in the github repository, which is the standard Mecrisp software, except built to recognize the larger Flash memory available in the Maple Mini clone device that we are using.